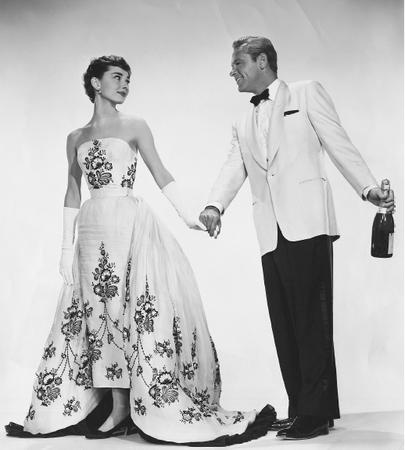 Audrey Hepburn was and still is an icon of style and good taste. I chose two dresses that Audrey made famous as inspiration, the first an Oscar winning gown from the movie Sabrina designed by Hubert du Givenchy and surrounded by controversay. Although at Audrey’s request Givernchy designed all of her wardrobe for the movie, Edith Head was the head of the wardrobe department for Paramount Studios so she attended the Award ceremony, accept the award and gave the speech.

The second is a Cecil Beaton dress from My Fair Lady another controversial movie but this time it was for the over dubbing of Audrey’s voice with that of Marni Nixon’s. Audrey was under the impression that it was her vocals that would be used on the sound track and engaged in a rigorous vocal training regime. Warner Brothers decicded that Audrey’s voice wasn’t strong enough for the almost operatic songs and used Marni Nixon’s instead.

There had already been controversay surrounding the casting of Hepburn rather than Julie Andrews (who could sing) and the studio didn’t want knowledge of the dubbing out in public. Fearing more adverse publicity they made everyone sign a confidentiality agreement. Marni Nixon had sucessfully sued for royalty rights for uncredited sound tracks in 1962 (she was the voice of Natalie Wood in Westside Story), was an advocate for studio singers and revealed the duplicity just before the release of the movie. Many believe that Audrey would have won the Oscar if it wasn’t made public but who knows as the recipient that year was Julie Andrews for her role in Mary Poppins.

Came from an aristocratic family who became the darling of the fashion world especially in Hollywood with Audrey Hepburn being a close friend as well as client. His designs were from a beauty perspective and often difficult to wear as well as construct. When questioned about this he replied. “[I never thought about] whether the skirt is wide enough to walk in, how the wearer will look getting into and out of a taxi.… I consider the beauty and artistic value of a fashion, not its utility.” He introduced the idea of separates to haute couture and a synthetic fabric known as Orlon.

The most awarded woman in Oscar history Edith was nominated 35 times and received 8 Oscars. She started and spent most of her career with Paramount Studios where she worked for 44 years only moving to Universal Studios late in life. Edith was known for her consultation with the stars when designing for them allowing their own tastes to influence her work. It made her a favourite designer for several of the leading female stars of the 1940s and 1950’s; Ginger Rogers, Bette Davis, Barbara Stanwyck, Shirley Maclaine and Anne Baxter, and was frequently ‘loaned’ out by Paramount to other studios at the request of their female stars. 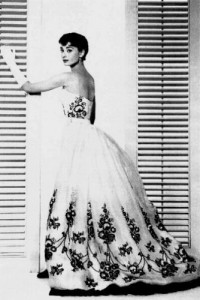