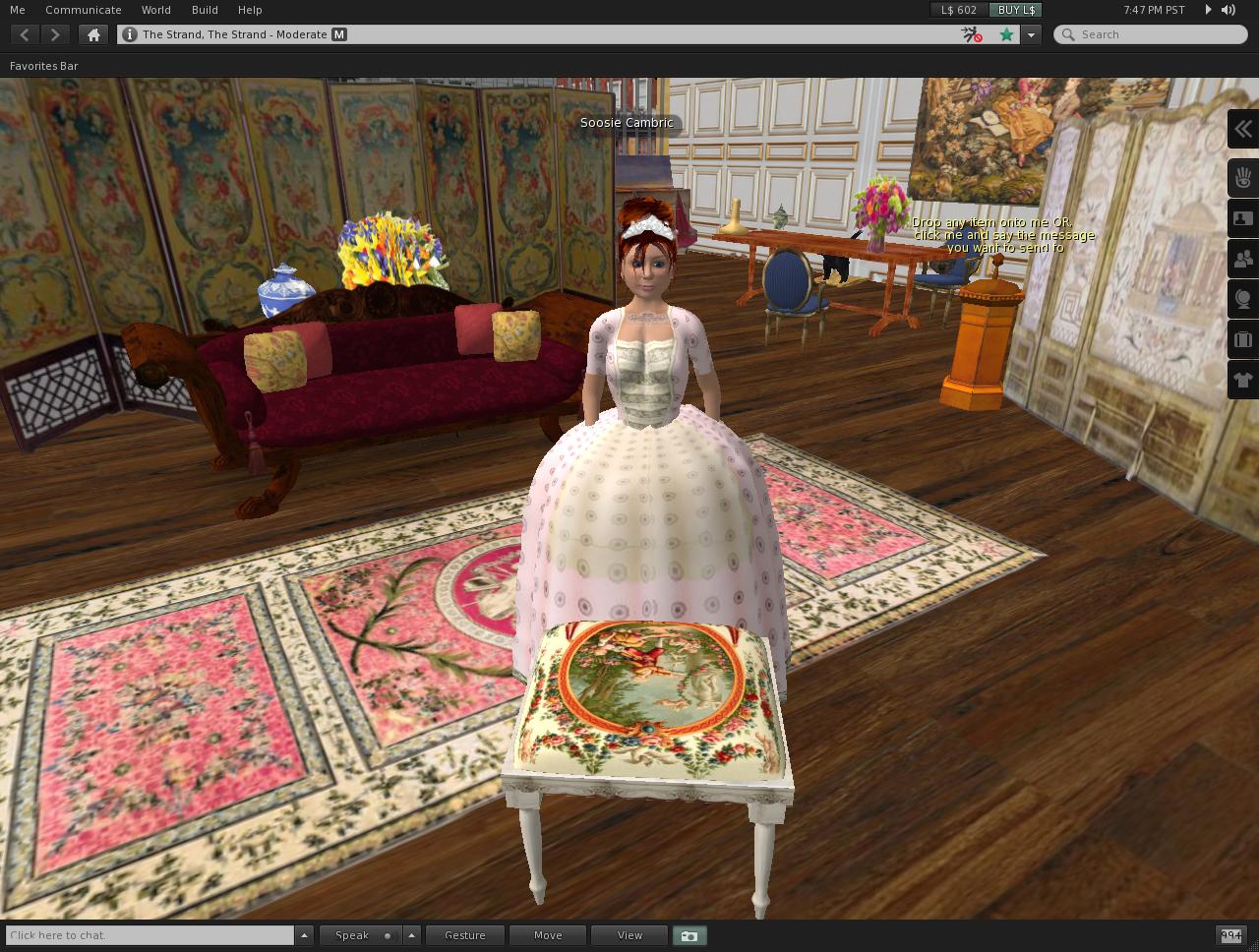 I have finally got my dream boutique in London!  As a young teenager I always wanted to have a really cool shop in London.  I loved the late 60s and early 70s fashion that came from London but being an Aussie girl from the suburbs that wasn’t really ever going to be an option – until now.  I have a dress shop in Second Life in 18th Century Charing Cross.  I have recreated clothing that is available for the other students to wear in their roles in the house.  This means that I had to design and create clothes not just for the Lady of the house but the servants as well.

I discovered that althought the working classes could only afford simple woollen clothing – cotton did not become affordable till the second half of the 18th C- as part of their salary packages their Lords and Ladies would give them their hand me downs, which could be sold or worn.

In the first half of the 18th C bodices or corsets were always laced at the back, setting them apart from the French, but as they became stays to flattten the bust line the lacing moved to the front.  Farthingales were worn (which became crinolines in the 19th C) to give enourmous full skirts.  Women always wore a hat or cap and a big red cloak was essential for travel.  Just like Little Red Riding Hood. 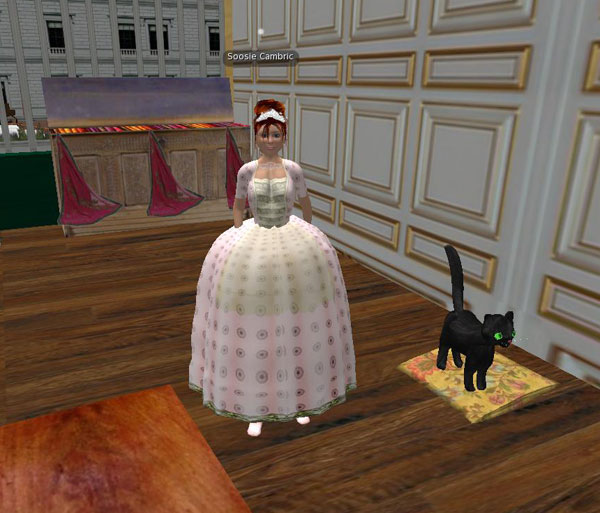